The Scribal Changes Recorded by Manuscript Script Style chart (found under the ‘Charts’ menu and then under ‘Scribal Changes’) groups manuscripts by their script style, and then shows how many scribal changes occur for each script style. 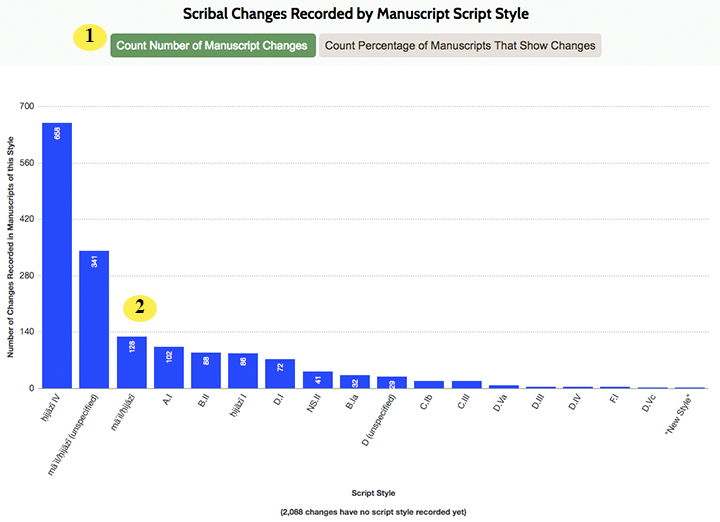 Bear in mind that not every manuscript recorded in Qur’an Gateway has its script style recorded (at least not yet: we are updating, adding to, and improving Qur’an Gateway’s databases all the time). At the bottom of the chart, Qur’an Gateway wll tell you how many scribal changes have "No Script Style Recorded Yet" for their manuscript; these are simply not included in the chart).