An Oral-Formulaic Study of the Qur’an 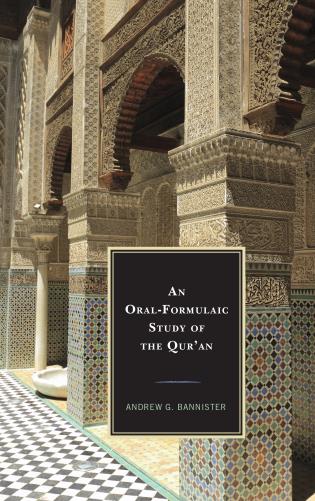 An Oral-Formulaic Study of the Qur’an

The Qur’an makes extensive use of older religious material, stories, and traditions that predate the origins of Islam, and there has long been a fierce debate about how this material found its way into the Qur’an. This unique book argues that this debate has largely been characterized by a failure to fully appreciate the Qur’an as a predominately oral product.

Using innovative computerized linguistic analysis, this study demonstrates that the Qur’an displays many of the signs of oral composition that have been found in other traditional literature. When one then combines these computerized results with other clues to the Qur’an’s origins (such as the demonstrably oral culture that both predated and preceded the Qur’an, as well as the “folk memory” in the Islamic tradition that Muhammad was an oral performer) these multiple lines of evidence converge and point to the conclusion that large portions of the Qur’an need to be understood as being constructed live, in oral performance.

Combining historical, linguistic, and statistical analysis, much of it made possible for the first time due to new computerized tools developed specifically for this book, Bannister argues that the implications of orality have long been overlooked in studies of the Qur’an. By relocating the Islamic scripture firmly back into an oral context, one gains both a fresh appreciation of the Qur’an on its own terms, as well as a fresh understanding of how Muhammad used early religious traditions, retelling old tales afresh for a new audience.

Qur’an Gateway has a number of sophisticated tools built into the software to allow you to analyse the Qur’an’s formulaic diction that lies behind many of the suras.

This book’s success resides in its methodology. . . .This book will be beneficial to both Islamic scholars and in particular to students of orality.  (Journal of Folklore Research)

An Oral-Formulaic Study of the Qur’an is a thought-provoking work which presents a serious challenge to the field of Qur’anic Studies. In a rigorous and thoughtful manner Bannister illustrates how computerized analysis and oral literary theory raise new questions about the Qur’an’s origins and development. (Gabriel Said Reynolds, University of Notre Dame)

The nature and identity of the Qur’an as text is much contested. Received Muslim views of the Qur’an as the direct word of Allah transmitted through Muhammad have been challenged for many years by the revisionist approaches of some non-Muslim scholars. In this book by Andrew Bannister, we are treated to a highly original and much needed fresh approach to the study of the Qur’an. Though scholars, both Muslim and non-Muslim, have long recognised the importance of oral transmission in the Qur’an story, none has ever subjected that oral dimension of the Qur’anic text to rigorous analysis. Dr. Bannister’s work is therefore ground-breaking, exciting, and long overdue. This well-written and incisive study will undoubtedly open fresh windows into Islam’s most sacred text, and will trigger much subsequent scholarly enquiry.  (Peter G. Riddell, SOAS, University of London, Melbourne School of Theology)

This is a breakthrough book opening new ground amidst traditionalist and critical approaches to Qur’anic studies, and between written and oral paradigms for Qur’anic origins. It is a must-read for anyone interested in issues of intertextuality, orality, the Qur’an’s internal structure, and computerised analysis of the Qur’anic text.  (Keith E. Small, London School of Theology, Oxford University)

This is an outstanding, highly original contribution to the field of Qur’anic studies. Using a mode of interpretation derived in part from Milman Parry and Albert Lord’s famous work on the poems of Homer, and employing sophisticated digital tools, Bannister shows how the Qur’an is best understood as an oral document. The author breaks free of the constraints of "traditionalist" approaches to the Qur’an which resist the implications of literary and historical analysis. While he draws upon the work of "revisionist" Western scholars, he goes beyond a simple focus on the origins of Qur’anic material to look at the Qur’anic text itself, arguing that it is best understood as the product of a process of oral performance. The result is a compelling account of the Qur’an’s composition and early redaction.  (Jonathan Berkey, Davidson College)

Available from Amazon (UK | US | CA) or Rowman & Littlefield